« Strategic Planning for Estate Planning Attorneys | Main | Your Law Firm's Direct Mail: Should You Use An Endorsement? »

Facebook’s Facelift – What Does This Mean for Your Law Firm's Page?

Social Media would not be the wave of the future if it weren’t constantly changing. And in true techy fashion, Facebook decided they needed a whole new facelift in the form of their News Feed.  The announcement was made March 7th, and it is the first major update the News Feed has seen since being launched almost 7 years ago. 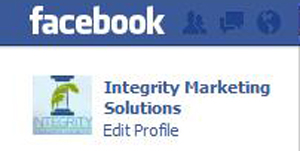 Initial reactions from the masses were that the new Facebook News Feed looks like a spitting image of Google+ -- Google’s own social network. They say imitation is the highest form of flattery, so maybe the people over at Google+ won’t get too worked up. Facebook responded by saying they are following the trends in Social Media design, which involves large photos and clean navigation.

So, what do you really need to know about the latest change on Facebook? Here the main highlights:

Now let’s bring this all back to your law firm marketing.  Here are the take-a-ways:

If you are anxious to get the new Facebook News Feed, you can actually join the waiting list here. The rollout was supposed to begin right after the announcement last week, so sooner or later you will see the changes on your own page.  Let us know what you think!

Posted by Brandi Campbell, Marketing Coordinator on March 13, 2013 at 07:51 AM in Social Media | Permalink

The comments to this entry are closed.